Inflatable advertising balloons are more than kid’s toys and this has been well established.

No longer toys for kids
Once very long ago, balloons where considered to be just playthings meant for kids and parties, but this is no longer the case and there is a great deal of importance given to balloons today. Today these balloons are used for various purposes. And one of their main uses is in advertising.

Today big and small businesses are now making use of giant balloons to advertise their products and services and they are seeing great results being generated as a result of the use of these giant balloons as a form of advertising.

Various reasons for the immense popularity of advertising balloons

Though these inflatable advertising balloons are very popular for many reasons when they are used to advertise products and services, one of the major reasons for the tremendous popularity of these gigantic balloons is because of the fact that they are noticed by people.

And this is really a tremendous achievement considering the fact that people just do not have the time to pay attention to anything that does not concern them. In the olden days, people used to gain a lot of pleasure from watching ads on TV or on the radio or in magazines or newspapers, etc. But this is no longer the case as times have changed and today it is just the opposite – people feel it irritating when they are forced to watch ad after ad and as a result they no longer pay any attention to ads.

Bad news and good news for advertisers
The fact that people do not watch ads in various media is bad news for advertisers because they are spending big bucks on advertising in these media and not getting the kind of results that they need to get. But this is something that just cannot be helped as people no longer have the time nor the interest nor the inclination to watch ads. So how do advertisers get people to notice what they have on offer?

The answer lies in the form of advertising with giant balloons. These big balloons are just loved by people and people actually stop and look at them. Thus, these big balloons have a way of getting the attention of people. So when an advertiser puts his or her ad on these advertising balloons, it is sure to be noticed – and this is just what every advertiser is looking for. 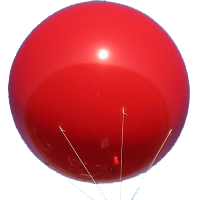 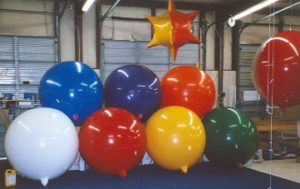